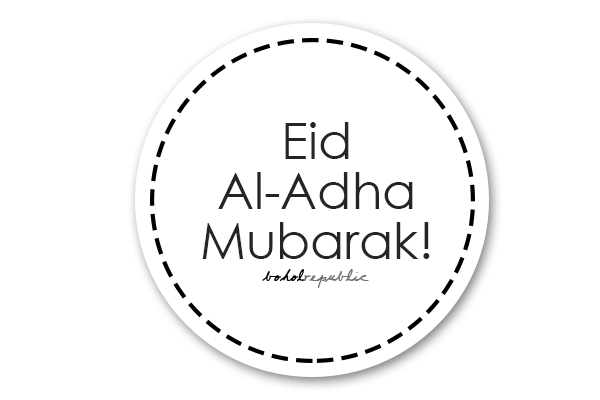 Eid al-Adha (Feast of Sacrifice), the second of two religious holidays celebrated by Muslims worldwide each year, honors the willingness of Abraham (Ibrahim) to sacrifice his son (Isaac), as an act of submission to God's command, before God then intervened, through his angel Jibra'il and informs him that his sacrifice has already been accepted. (Wikipedia)

Christians and Jews (it is considered that first Passover) know the story. I know this story. I can still picture the disturbing illustration from those Bible story books for kids, an old man about to stab a child tied on a stone table. Who does that?

Anyway, Eid al-Adha will always be a memorable day for Boholanos as it was on Eid al-Adha day in 2013 that the great M7.2 earthquake struck Bohol. I always maintain that the non-working holiday saved more lives. Imagine if all the kids were at school, the chaos, the possible stampede. I can't.

So on this Eid, let us  join the Muslim world in thanking our gods for the life's blessings.

Email ThisBlogThis!Share to TwitterShare to FacebookShare to Pinterest
Labels: word