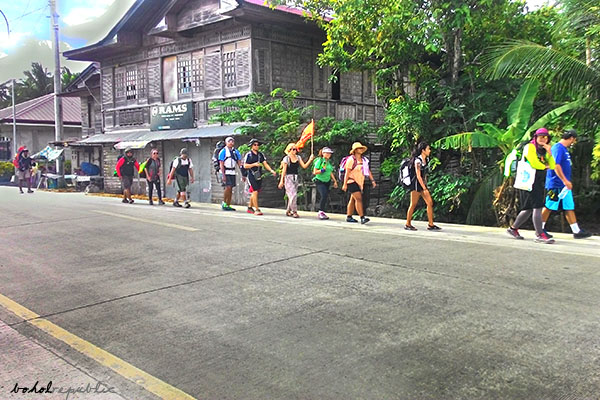 On November 27-30, I took part in the Bohol Climate Walk 2015, a 99-100 kilometer walk from Tagbilaran to Anda, to call for 100% clean energy in Bohol and the world and in solidarity with the People’s Pilgrimage to the Paris climate talks. (Two climate walkers have shared their stories, this past two Sundays.)

I made a similar trip by car, in 2007, which I wrote about in LifestyleBohol (“Go East! Chronicles of a Road Trip East of Bohol and Back”, 6 May 2007). While one was a leisurely holiday trip, this journey on-foot I made so I can keep living (and spending my holidays) in our island paradise of Bohol and elsewhere in our common home, the Earth – a meditation of sorts, each step a prayer, treading musings. Meaningful, mundane, riddled with expletives.