International observers to monitor the May 9 elections in Bohol 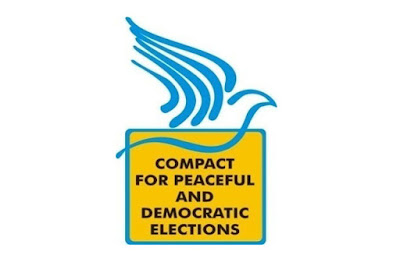 An international election observers’ mission will monitor the elections in the towns of Tubigon, Baclayon, Panglao and the city of Tagbilaran.

The group of five international observers deployed to Bohol is part of the 15-delegate Compact for Peaceful and Democratic Elections (COMPACT) - International Observers Mission (IOM) comprised of parliamentarians, academics, development workers, youth and student leaders from the United States of America, Germany, Sweden and Japan who will monitor the conduct and outcome of the 2016 Philippine elections.

In a press conference in Quezon City on Thursday, the COMPACT launched its 2016 International Observers Mission in an effort to ensure free, peaceful and fair elections in the country.
Apart from Bohol, the other three groups from the International Election Observers’ mission are assigned to the Autonomous Region of Muslim Mindanao (ARMM), Dinagat Islands and Santiago, Isabela.

“We chose these areas because they have the following factors: history of election-related violence and fraud, presence of political clans, warlords and private armies, and presence of capable local civil society groups doing election monitoring. We tried to select areas which we believe will give our observers a picture of the real issues and conditions we grapple with during elections,” COMPACT National Coordinator Arnold Tarrobago said.

Tarrobago said that according to their study, in the last five electoral cycles since 2001, the Philippine National Police (PNP) has reported a total of 1,036 violent poll-related incidents, which claimed the lives of more than 600 Filipinos. The bloodiest period occurred in 2010 with 155 casualties and scores of other wounded.

Aside from election-related violence, Tarrobago said that the election observers have shown “immense interest” in the outcome of the presidential election. He also said that the delegates are also interested in monitoring “iconic electoral battles” or electoral races widely perceived by many as contests between those that proclaim to be on the side of reforms and those that are allegedly associated with traditional and patronage politics.

The international observers will stay for 4 days, including Election Day, in their respective areas of deployment. After the elections, they will return to Manila for a comprehensive presentation of their observations and recommendations to the public, concerned government agencies, as well as the diplomatic corps.

The COMPACT is a consortium of non-government and civil society organizations that seeks to address the growing incidence of election-related violence, allegedly committed by both state and non-state actors. It has been conducting IOMs since 2004.