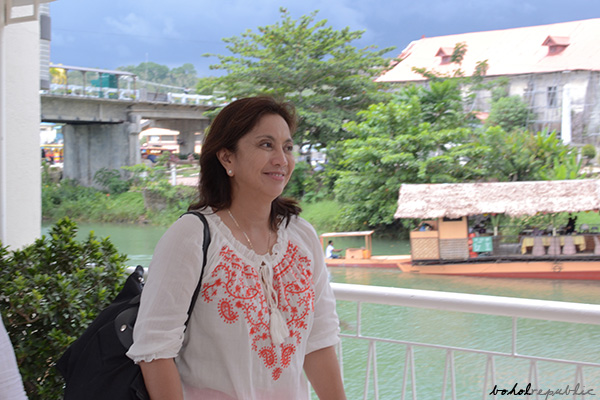 After taking a break from the media and the spotlight in general, we received a tip from that Vice President- Elect Leni Robredo and her daughters are in Bohol for a short vacation.

While it was a private family vacation, and VP-elect would rather have shunned the media, as she is to become second highest ranking official in the land, there were questions that needed to be asked (that hopefully she would answer). With a friendly coordination from her hosts from the Governor's office, a few of us caught up with her at the Loboc River Tourism Complex where, looking fresh and well-rested, Leni Robredo thankfully obliged us.


The report of ABS-CBN Cebu reported Annie Perez (we were with her; she was with us) well captures the quick interview.